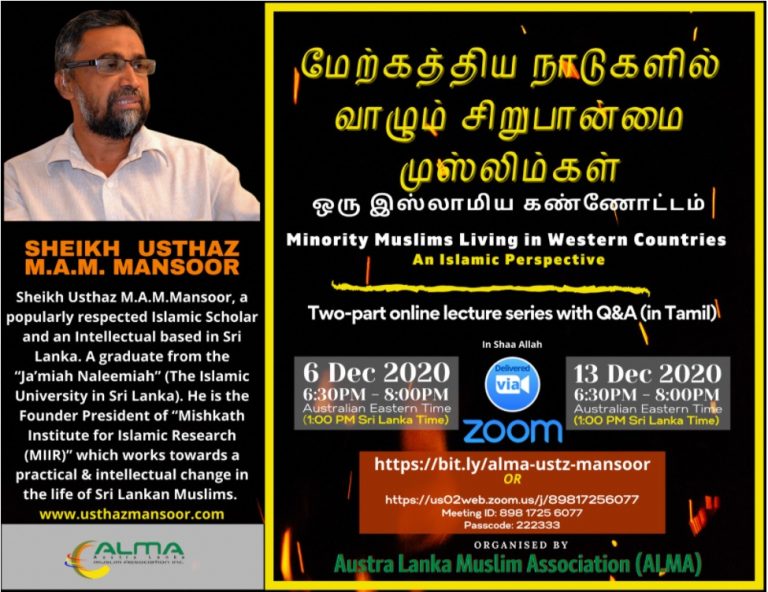 Sheikh Mansoor address many issues that Muslims are facing in various parts of the world and gave a detail explanation based on Quran and quoting some of the hadith relating to the topic.

The lecture is posted in the ALMA facebook page.